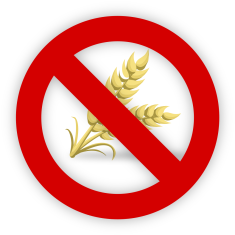 I came up with the word “glutarded” as a shorthand way of telling people that I’m GF with a laughable spin so they didn’t think I was one of those people. You can’t imagine how tedious it is to have to tell people over and over that you can’t eat normally but yes you are a huge foodie and yes it’s possible to do both. And all this with a “ugh another fad-diet bullshitter” look in their eyes. It’s my subtle way of poking fun and mocking my nourishmentally-challenged eating habits, while keeping it light and airy to those around me.

“Extreme dieting” has always been a big eye-roller with me. The reason is two-fold: 1 because I’m a firm believer that a “diet” is what you eat for life, and not an effective “get slim quick” scheme (as soon as you reintroduce what you’ve cut out, you balloon beyond what you initially had to lose); Reason 2 is because I’ve worked in the restaurant biz and am an avid fan of NotAlwaysRight.com. Confused? Stupid people are always whining about “I’m allergic” when really they just don’t want something; but the problem with that is allergies are serious business for restaurants – like lawsuit serious – so claiming an allergy (like tomatoes, but then ordering ketchup) not only messes up the kitchen but also pisses off the staff.

I started this blog because – well honestly, it was for school; but it was something I had been thinking of doing for a while already so this gave me the perfect opportunity to get it started! 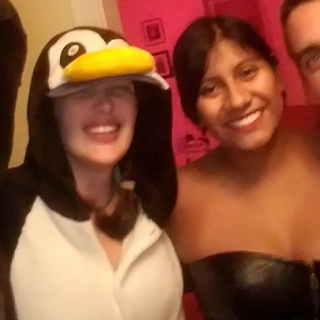